I feel like the Music Monday surprise me more and more lately. I'll suddenly be like, "Wait, is that time again?" Sure enough, it is. 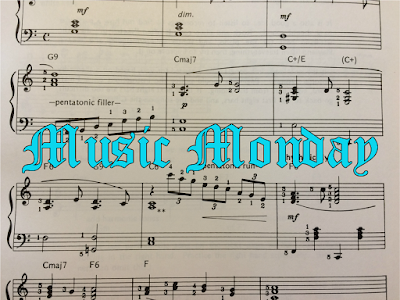 The song I chose for today is none other than . . .


In case you didn't know, yes, Ori and the Blind Forest got a sequel that launched about two months ago. And yes, it looks and sounds just as gorgeous as the first--if not more so.

I can't really talk about the plot of the game itself, as part of its setup spoils some ending stuff from The Blind Forest. But what I've heard a few times is that this game is basically The Blind Forest meets Hollow Knight. In other words, intense and precise platforming meets difficult boss battling. A pretty perfect combination, if you ask me.

But let's talk a bit about the music. The soundtrack is double the length of the original game's OST, and it adds some more variety to the styles of music within. Yet, we know the instant we hear this theme that it's still the same world. There is consistency in its leitmotifs. If you've listened to the soundtrack for The Blind Forest enough, you'll pick up that The Will of the Wisps reuses Ori's theme, as evidenced in this song. It's such a memorable theme to me, one that's always stuck in both soundtracks.

Gareth Coker is the master of many things. He can create ambient tunes, peaceful harmonies, emotional melodies that tears at your heartstrings, and intense pieces fit for fighting large and imposing bosses. All of this is evidenced in the OST for The Will of the Wisps. I might've provided you with two minutes of its three-hour long score, but you should dive in for yourself. Once you do, come back and let me know what you thought, and if you think it's better, worse, or just as good as the previous title's soundtrack.


That's all for today! Did you know about this game's release? Have you played either Ori game yet? (I just started the first game this past weekend!)
Posted by Josiah Dyck at 07:00 2 comments:

An Update Long-Overdue (Albeit a Short One)


Do recall that last year I made a post about how I was getting burnt out on blogging. And in a way, it did happen. Just maybe not the way I expected. As it turns out, I became very unmotivated in a lot of areas of life thanks to stuff happening. I'm not gonna go into all the details, because I'd bog down the post and whatnot.

As you can see, my blog has suffered from it. You're basically getting just Music Monday and Monthly HapPENings posts. Sure, January had a couple of video game posts, but that's it. I used to be so much more creative with what I've shared, but 2020--heck, even 2019--hasn't been the greatest in terms of my blogging.

I want to do better. I want to give you more content at a regular basis. At the same time, I don't want to push myself so much that I end up wiping out again, though it could be worse the second time around. I've actually been meaning to adjust my blogging schedule for a while now. Instead of trying for a new post every Friday, I'd like to do higher-quality, non-rushed posts. That means not every single Friday will see a new post, but it does mean the ones that come out whenever will be more interesting and/or entertaining. Well, that's the idea, anyway.

To start off this new schedule, I'd really to get some participation from you. I mean, I obviously want this all the time, not just now. But the kind of participation I'm talking about has to do with choosing the topic of the new posts. Considering this weird situation the world has found itself in, I'm striving to put out some content that I'm very confident you'll enjoy. To do that, I need to hear what you want.

There are plenty of options. I could bring back a series, like Video Game Life Lessons or The Quote Quota. I've thought about doing another Humble Beginnings series, only this one would be entirely in vlog form. I could do something inspirational, a review of some kind, a post of writing lessons from a certain show, something game- or music-related. Or I could attempt something entirely new! Like I've been meaning to try my hand at doing a let's play of one of my games, but it would be exclusively for my blog. I also have a couple of videos I made with one of my best friends a couple years that I never got around to editing and sharing here.

Please, help me decide! I really do want your input in moving forward. This blog should be yours as much as it is mine, where we both can get enjoyment and satisfaction out of it. I'll be posting polls on my social media as well, in an attempt to get a feel for what people want.

Also, while we're on the subject . . . what should I do for my blogoversary next month???


I know this post is a bit shorter than my usual sit-down-and-chat posts, but I felt this was important to get out there. Thanks for reading, take care, and drop your suggestions in the comments.
Posted by Josiah Dyck at 07:00 6 comments:

Email ThisBlogThis!Share to TwitterShare to FacebookShare to Pinterest
Labels: life, me 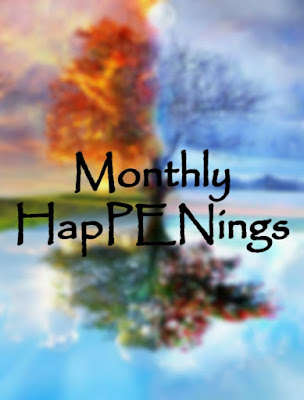 While March went by super slow for me, I can't tell if April was a quick month or if it dragged on. So much happened, yet so little did. Again, it wasn't a great month for me. I really hope May starts looking up.

There were some nice things that occurred, like a couple of family birthdays and some increased interaction with a few friends online. But there was also stuff like me having to buy my second car, because I got into accident with my first one and totaled it. Thankfully, I wasn't hurt badly, nor was I declared at fault for the accident. I also got a gaming laptop, as my old computer was giving me grief and couldn't handle my games very well. The new one cost me $800 with no tax instead of the retail price of $1,450 plus tax. I'm super satisfied with it; definitely one of the best purchases I've ever made. Plus, I was put in charge of one of the departments at work, which has had its share of joys and stresses.

So yeah, April was a very mixed bag for me.

Once again, I finished no books in the past month. Haven't been in the right mood for it, for some reason. Maybe if I forced myself back into it, I'd do it more. I dunno. Let's see if this section is longer in May. 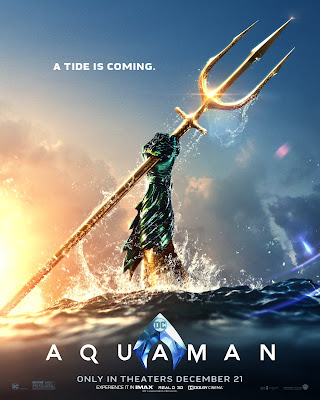 I watched Aquaman for the third time, as Tracey hadn't seen it yet, and I still found it entertaining. Definitely better than some other DC movies we've been given lately--but not much more than decent in terms of original plot. There are some great action sequences and fantastic cinematography, with expert underwater graphics. You need to at least the movie so you can appreciate its technical side, from impressive long shots to the switches between wide- and fullscreen. 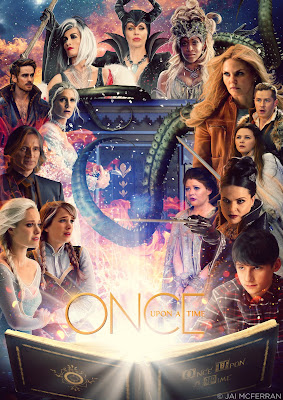 I finally finished S4--well, technically I watched the last bit in May, but whatever--and it ended off a lot stronger than I felt like the show had been in a while. Not quite the same level as the first half of S3, but getting there. Unfortunately, I knew how the season was gonna end, thanks to having it spoiled a long ways back. But now I'm curious as to how the next season will play out.


I finished S2 of Avatar, which ended things off in a really bad way for the heroes. Now as S3 kicks off, they're on the clock and determined to end the war once and for all. I've barely seen any of the new season, but I'm loving it even more than the other seasons--which was to be expected. I look forward to seeing the twists that are ahead! 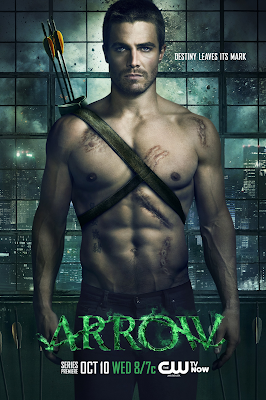 So I might be currently enjoying S1 of Arrow more than I did S4 of The Flash (not that the season is bad, not at all; there's just something about Arrow that I'm liking a little more). So much has happened, and I'm only halfway through the season! His backstory on the island is super intriguing, and I love how they tend to give it in little pieces rather than dumping everything on us in one episode. Plus, his vigilante work is very gripping and continues to get more intense. I wonder how everything is going to go down . . . 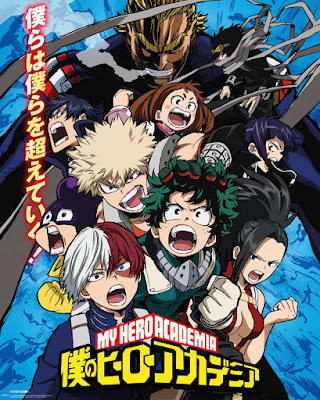 Speaking of things getting more intense! S2 of My Hero Academia is ratcheting up the stakes, and it has me so nervous for the characters--one in particular. The new villain they've introduced, who is known as the Hero Killer, is just as creepy as the hand dude from S1. I literally have no idea where the plot is going to go for the rest of the season, but I love it! I'm already looking forward to watching the next episode.


Attack on Titan: Junior High is the spinoff I didn't know I wanted until I watched it. Don't get me wrong, I love the main show, but it tends to be on the heavy, intense side of things. Junior High throws all that out the window and becomes a comedy season of twelve episodes that focus on the main characters' lives in school. There are multiple ways that it's humorous, from doing things like taking lines from the actual show and using them in different scenarios for a comedic effect, to exaggerating people's traits to an extreme. If you're watching AoT, once you're finished the first two seasons, you can watch this at any point. I highly recommend it for a lot of laughs and fun times.


I've been playing a lot of Super Animal Royale lately. I'm not sure why, out of all the games that I could play that now can actually run--or run so much better--on my new laptop, this is the one I keep returning to. As the name and picture suggests, it's a battle royale game. You parachute down onto an island and try to be the last man standing as your arena gets smaller and smaller thanks to a hazard of some sort closing in. The twist comes in the fact that you're cutesy animals on a cutesy island with some not-so-cutesy weapons that you use to rise to the top. It's pretty fun, and I'd like to think I'm getting better at it. (Preston, if you're reading this, I don't wanna hear any negative comments from you about how I play.)

Just as the book section, this one is very short because I haven't been in the right headspace for it. It's not that I don't want to write at all, but--well, it's hard to explain. Again, I hope I'll have a bit more to talk about next month.


That was my April; how was yours? Did it go by fast or slow for you? Did anything fun or noteworthy happen? How're you getting through this weird time we're living in?
Posted by Josiah Dyck at 07:00 6 comments: 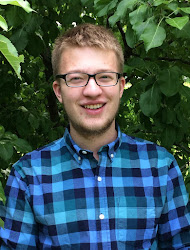 Welcome to my cozy corner of the Internet! I'm a Canadian who loves to devour good stories and then return the favor by writing my own. My LEGO collection is a massive one, as is my assortment of soundtracks. It is my passion to pursue Christ in everything I do. If you decide to stay for a while, you're bound to discover even more about me.